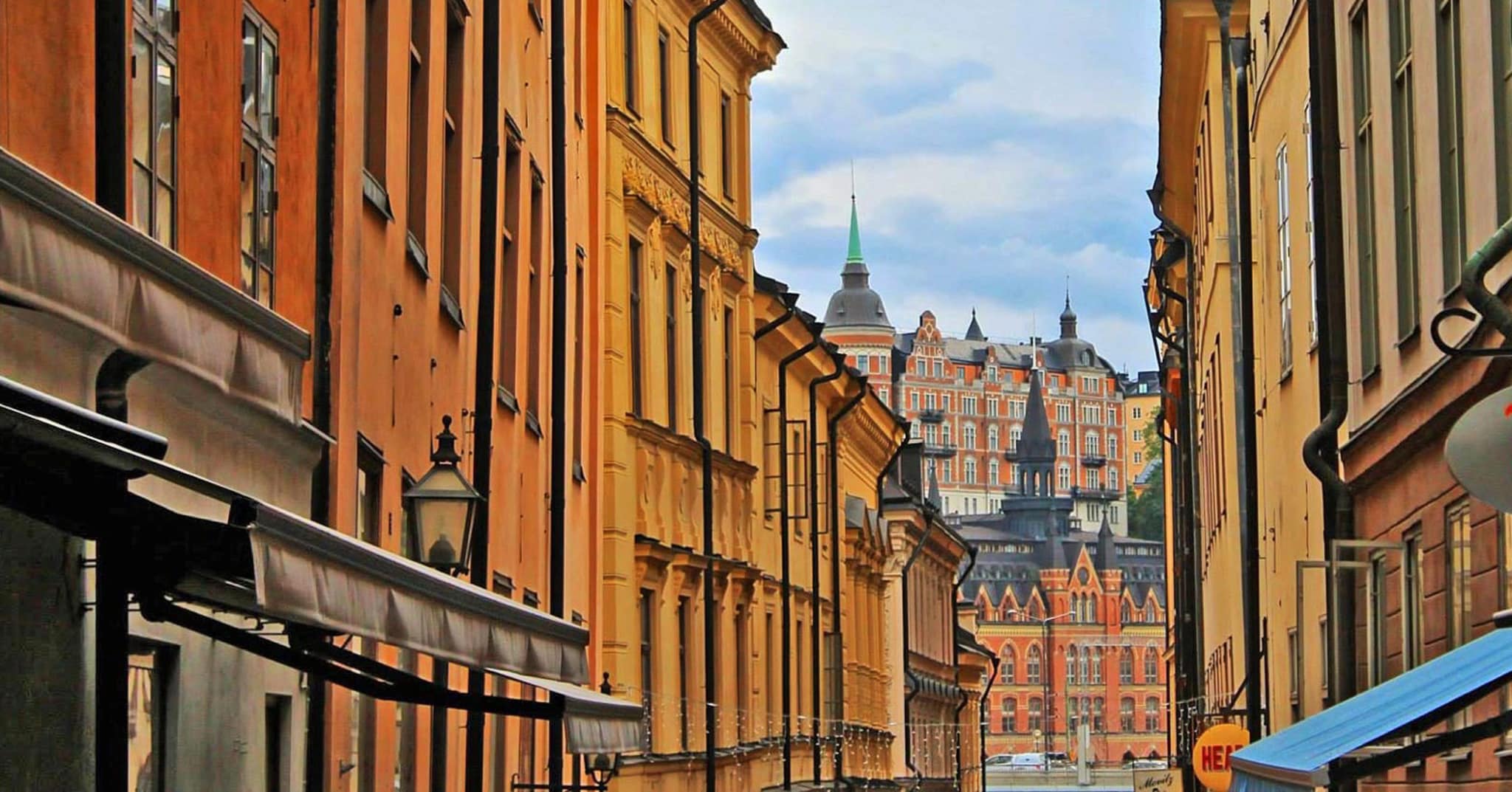 Home » Destinations » Europe » Sweden » Why you should visit Stockholm in Summer

Stockholm in summer quickly moved into my top three places I could live list. This city rocks during summer and I know I need to give the other cities of Scandinavia a chance when the heavens aren’t pouring. But for now, let me tell you why you should dig deep into your pockets and head to the Swedish capital city this summer…

It is surprisingly green…

Stockholm knows nature. Cycling is in, grabbing a kayak down the river is game on and having a picnic in the park is a sure-fire way to cut your costs. During the summer months, this city comes alive and you kinda forget it’s a wealthy capital city as locals and tourists alike enjoy picnics, sports and those rays of sunshine they must really miss in the chilly winters.

…and wet in all the right ways

Surrounded by water, crazy for canals and jumping on a boat to visit the mighty impressive Stockholm archipelago is a must. Mixing a world-class city of grand architecture with water and nature is a guaranteed win in the day and perfect when sunset comes around and it’s beer o’clock.

You’ll be buzzing off your tits

If I remember correctly, the Swedes drink around 4-5 cups of coffee a day each on average which means getting you caffeine fix is not only easy but serious business in this city. Whether you take it alfresco or in a stylish coffee shop that looks nothing like Ikea you’ll have plenty of energy for shooting those jump in the air Instagram shots.

Get away from hotels and grab an Air BnB. The neighbourhoods around the city with their independent stores, awesome restaurants and own quirks are too good to be missed out on. I stayed over the river in Sodermalm and going down the private apartment route saved about 50% off an equivalent hotel.

These guys have design running through their blood. Whether it’s the hippest chair in the most random of places or the 47 lightbulbs hanging over your dinner plate you can’t miss it. One of the most modern and funky cities I have visited, even coming back with heaps of cool junk to litter my desk with.

Museums that are actually interesting

Who wouldn’t love an Abba museum? Me, actually. But between the photography museum, modern art displays and the nautical history on offer you will be spoilt for choice to find a place to while away the hours between soaking up the streets of Stockholm.

Getting lost becomes your mission

Those little lanes! Stockholm in summer offers one major bonus to winter, you want to get lost. The old part of the city, Gamla Stan does cute cobbled streets and townhouses like no other. Hours of walking, getting your coffee fix and people watching await.

I know a lot of people find royal families a bit of a bore but I love a good monarchy that sticks with tradition. The friendly guards and huge golden crowns are well worth a little check in on.

Festivals. And then some.

From Jazz to Rock and crazy children’s play parks, everything moves outside in summer including free (yep, they have that word in Sweden) music events right bang in the middle of the city. The nightlife here ain’t half bad either so you can keep those summer celebrations going well into the early hours, or at least until the coffee beans wear off.

It’s actually not that expensive…

I thought I would leave Stockholm broke. But actually, it wasn’t that bad. Sure, compared to most of the world it’s crazy expensive but the bonus of visiting Stockholm in summer is all that outside time doesn’t have to destroy your budget. Picnics alfresco, apartment rentals, wandering the streets and soaking up the free events saves plenty of the cash you would be spending on your 19th coffee and Herring combo of the day in the winter months.

So what are you waiting for? Getting booking a bargain flight to Stockholm in summer now…