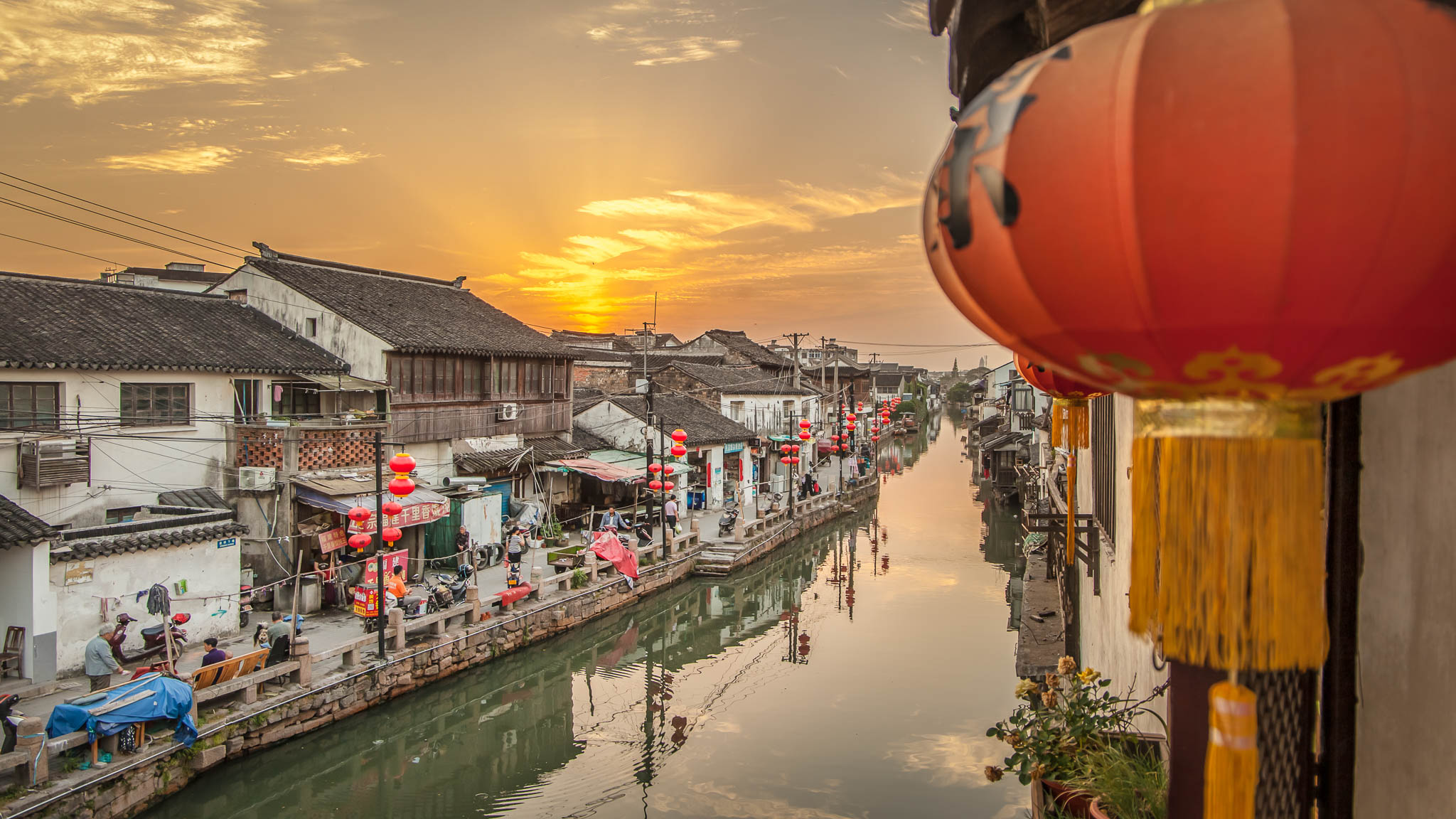 China surpassed all my expectations, from the cuisine to the inquisitive locals I chatted with through translation apps and laughter. I wasn’t sure what to expect from such a vast country with just two weeks exploring from Beijing to Hong Kong with G Adventures, but I was blown away by the diversity we saw.

From bright-light nights in Hong Kong and staggering sky-lines in Shanghai to the village life and slower paced vibes of the Longji rice terraces, this country was a dream to photograph even when the weather wasn’t on side. Here are some of my favourite photo moments from my Lonely Planet Best In Travel assignment exploring China. If you’re also travelling to China soon, don’t forget to download some of the best language learning apps before you head off!

A 14-day Classic Beijing to Hong Kong Adventure with G Adventures is priced from £1,899 per person including all accommodation (allow US$475 for meals not included), a chief experience officer, and transportation in destination. Price does not include flights. For more information or to book, please visit www.gadventures.co.uk.

Bustling Beijing wasn’t as overwhelming as I expected. Having been to Shanghai before I expected the same level of crazy and contemporary, but with ancient palaces and alleys lost in time alongside the modern architecture around the old-city limits, it was actually the perfect place to start a China adventure.

The Forbidden City is a vast palace complex that has spanned twenty-four emperors and is now one of the largest museums, and busiest tourist attractions in China.

Although the centre of the city is still a cluster of small alleys and courtyards (Hutongs) and the grand old buildings, there is plenty of modern architecture from shopping malls to TV studios to discover and photograph, the public buses and subways make it easy to explore.

Still being excavated now, a short drive from the city of Xian will take you to this incredible underground site. Built to protect the final resting place of the first Emperor of China, the sculptures depict his army and it’s an amazing sight in the main hall to witness.

The Great Wall of China

One of the largest and most famous structures in the world, it was sadly suffering heavy fog and bad weather on my visit,

Xi’an is a fascinating city, one of the start/end points of the Old Silk Road; you can still cycle or walk on top of the walls around the city. The Bell Tower, which sits in the middle of a roundabout, is some of the best architecture in the city.

Just a short walk from the Bell Tower is the drum tower. Historically, Chinese cities would have these as the bells would ring to signal the start of the day and the drums beat at Dusk to mark the end of the day. Xian has some of the best preserved and revered sets in the country.

The largest Mosque in China sits behind walls and is constructed of wood, unlike any Mosque I have ever seen before. Given the trading route of the Silk Road, there are many Islamic influences throughout the city, and this tranquil garden is a must visit.

I work up early and headed to the small alleys and streets that make up the Islamic Quarter, where street sellers and shops were opening their doors and selling a range of Chinese and Middle Eastern snacks. This area of Xi’an was by far my favourite in the city.

Suzhou is a city famed for its gardens which are UNESCO listed, but the real magic for me was in the canals and local streets, where prayer papers, children playing by the waters edge and a slower pace of life were a photographers dream.

One of the main canals and tourist hubs in the city is Shantang Street, where large tourist boats ply the waterways, bars and restaurant spills out onto the street and entertainers play traditional music. Towards the end of the road and past the maddening crowd though, local life ticked on with small fruit stalls and residents sipping green tea as the sunset.

Master of the Nets Gardens

Although there are much bigger and grander gardens that make up the famed collection in Suzhou, the Master of the Nets Garden is one of the most important thanks to its creative use of space which makes it feel much more extensive. You don’t need to long to explore here, but it is a tranquil spot in a bustling country.

Canals link together much of Suzhou which is how it gained the nickname ‘The Venice of the East’ although many would argue it deserves it’s own fame, not a comparison. When the Canals aren’t being cleaned, you can take small gondolas along them or just walk by and enjoy the various bridges and houses overhanging them.

Pagodas on hills look down on the city, but I chose to spend my time in the main centre of the town itself were walking down side streets you would often stumble on impressive architecture, like the two temple towers below.

Thanks to the High-Speed Rail system in China, you can get from Shanghai to Suzhou in under 30-minutes, making it an effortless day trip if you are in Shanghai on a stopover visa.

The Bund in Shanghai

Perhaps the most famed viewpoint of the city, and a poster child for 21st-century China, The Bund offers some of the best views of the Shanghai Skyline, especially at night as the towers light up and cut through the fog and pollution that can sometimes limit viewing opportunities by day.

A perfect combination of contrasts

One of my favourite things about Shanghai is how old and new sit literally next to each other. You can spot a Monk in a temple and then look up to see a high-rise tower block. This makes for some exciting photos of China as you compare traditions with the future of this mega-metropolis.

One of the best examples of this for me was in Jing’an Temple, where it looks like the tower blocks have grown around the temple. Large electric billboards sit just meters away from giant buddhas and around the outside of the temple stores hawk everything from souvenirs to modern electronics

One place you can’t take photos in Shanghai is this unique museum, which houses propaganda posters from over the years. In the basement of a residential tower block, I highly reccomened you hunt this out and spend an hour at least going through the collection.

The Longji Rice Terraces date back over 700-years in some places, and these rolling mountains littered with small wooden villages are a considerable change of pace to the bustling cities, combining both cities and countryside on my G Adventures tour was an excellent way to understand different aspects of the country.

One of the most famed viewpoints is that of the Dragon Backbone’s Rice Terraces, which stretch for miles and earned the title thanks to the shape of the terraces that resemble that of the mythical creature’s spines.

I stayed in one of the oldest villages in the Longji rice terraces and not only does this provide magical views to wake up to and traditional wooden buildings but also the chance to meet and learn about some of the local minority communities that make up China and call this village home. From the traditional bamboo method of cooking Rice to the unique clothing and spirit of the Zhuang people.

READ MORE: SHOULD YOU JOIN A TOUR IN CHINA?

Yangshuo, in the south of China, was the place that confused me the most. Set amongst beautiful Karst mountains (limestone) which make for incredible hikes and views, the city itself is a serious backpacker and traveller hub, and loud music, neon lights and chain restaurants make up much of the tourist centre.

Get out the city

I suffered an accident in Longji which meant I couldn’t hike, but hiring an electric scooter instead I ventured out of the central city and found the real magic. The small villages amongst the rolling hills of the Karst Mountains served up a seriously slow pace of life while little wooden boats floated down the rivers allowing tourists to admire the magical reflections of these impressive natural structures.

While it was hard to get good photos in the dark of night, no a worthy investment of your traveller fund is to witness the Liu San Jie Impression Light Show. This fantastic show took place on the water with the mountains as a backdrop and is directed by the same man who created the Beijing Olympics opening ceremony. The show was genius and the outside theatre setting a real treat.

One of my favourite cities in the world, Hong Kong, a special administrative region of China will blow you away. Delicious yet affordable street food, the worlds longest outside escalator system and panoramic views from Victoria Peak make this a real city of the future, yet with another authentic tradition alive to make it feel like an adventure.

A 14-day Classic Beijing to Hong Kong Adventure with G Adventures is priced from £1,899 per person including all accommodation (allow US$475 for meals not included), a chief experience officer, and transportation in destination. Price does not include flights. For more information or to book, please visit www.gadventures.co.uk.

I was on assignment with Lonely Planet during my trip to China with ground support from G Adventures.