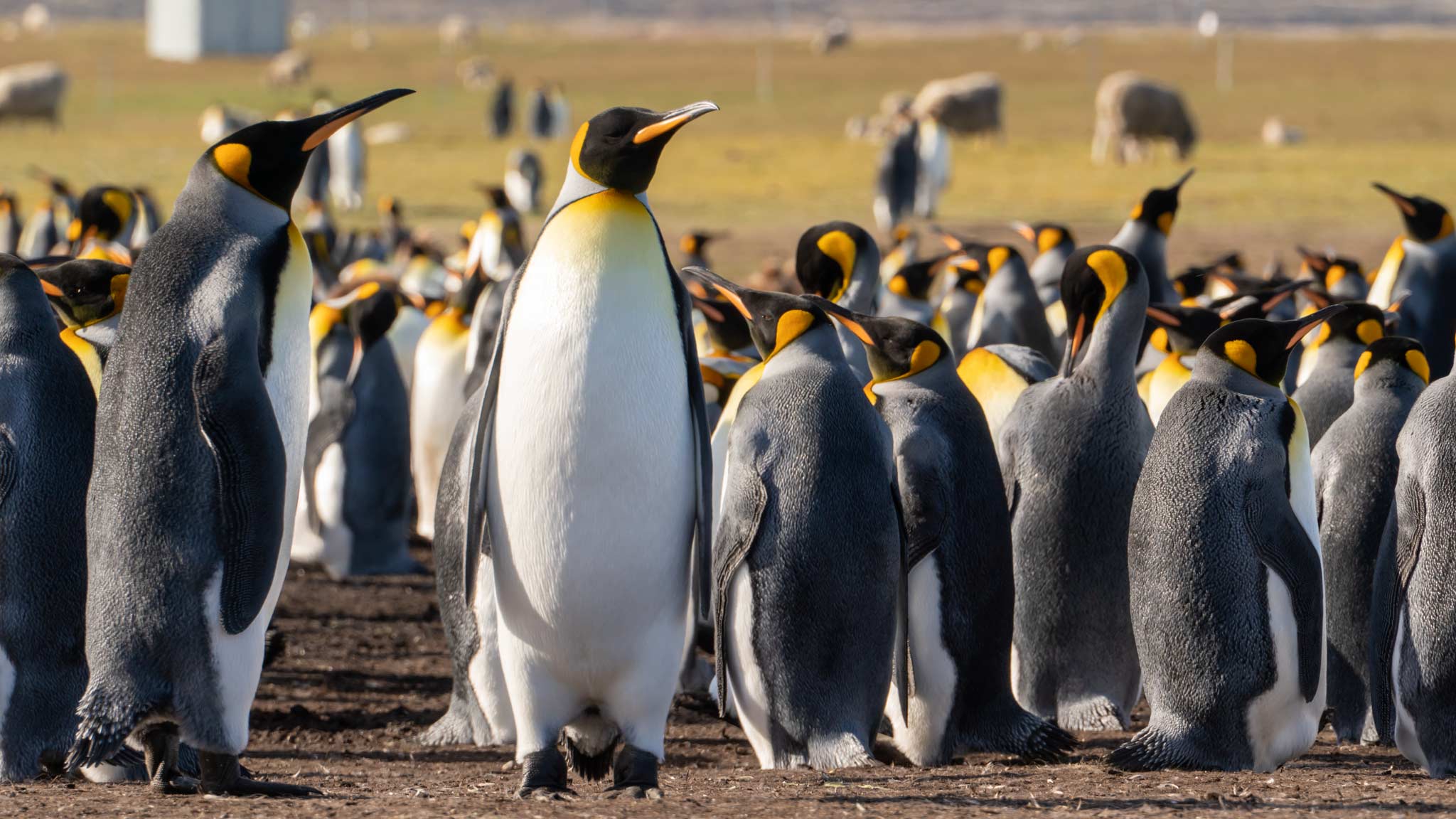 If I’m candid, when I was first invited to The Falkland Islands to work with the tourism board, I was a bit dubious. My initial reaction was to Google image search the islands to get an idea of whether there would be a diverse enough range of images to capture over two weeks and I must say having thankfully now visited, that pictures simply can’t do these islands justice.

There were adorable closeups of penguins and other birds, cliche images of British flags and red phone boxes, and the dark, depressing images of the 1982 conflict. But what I didn’t see from that image search was just how diverse the landscapes are, how incredible the powder white sand beaches could be, nor just how varied all the islands looked given the Falkland Islands span much further than I realised looking at a map – I’m happy to admit that any doubts I harboured were entirely misconceived.

Of course, the one thing photos can’t capture is how special just being on The Falklands Islands feels. With its lack of people, of internet, and what feels like a lack of time moving, it’s a genuinely different type of trip.

So with these Falkland Islands photos, I wanted to show you all sides of the archipelago I experienced. Perhaps they aren’t my forty favourite photos, as that could have been a little too penguin heavy and I want to highlight a range of different landscapes and places. This is the Falkland Islands through my eyes and the first in a serious of articles about travelling to this remote destination in the South American continent, just shy of the Antarctic continent.

The stars of the show: five types of Penguin

I’ll start with the stars, that will adorn any search of Falkland Islands photos – the penguins that call these islands home.

With five types of Penguin here; King, Gentoo, Magellanic, Rockhopper and Macaroni, they each have their own look and characters.

These loveable playful creatures are just as adorable and playful in real life as they are on cartoons and with time on your side in The Falkland Islands, you can settle in for hours at a time watching them from a distance and waiting for that perfect photo opportunity.

An awe-inspiring supporting cast of wildlife

Of course, the penguins aren’t the only wildlife that call The Falkland Islands home and to be honest; it’s not really fair to say they aren’t all stars in their own right.

From killer whales thrashing around the waters of Sea Lion Island, more often in winter, to pods of playful dolphins dancing in the shallows, the waters here are a real treasure trove of activity.

Seals and sea lions bask in sunlight or crash around in waves, occasionally charging for a mid-morning snack of penguin.

Countless birdlife can be admired here, and even if you aren’t a bird spotter, the sight of an albatross gliding past, a black-neck swan swimming by, or a blue-eyed Cormorant giving you a sideways look will still be magical.

Chances are if you are visiting the Falkland Islands, whether for photography or just for fun, you’ll end up taking at least a flight or two while here. FIGAS, the Falkland Islands government air service ferries locals and tourists between the islands landing on grassy airstrips, and if you are fortunate, you’ll get an indirect flight, meaning you’ll land at and see a few different islands on route to your destination.

These small eight-person planes are fantastic for photography thanks to the usually low flying routes they take. The best spot I think for photos is the back seat, as you are without propellers – the front has the best views, but with the controls right on top of you, it’s not a great spot to get your camera out. Alas, passenger distribution is done on weight so no calling dibs on your preferred seat here.

Either way, from above the Falkland Islands take on a whole new level of landscape. With a lack of trees at ground level, they can sometimes look lacking in character, but all the incredible ocean colours, ragged rocks and vast swathes of untouched green really stand out when seen from above.

A new option for those wanting an aerial view of The Falkland Islands is the new helicopter service, and I was super lucky to be one of the first on it.

While the trip out to Volunteer Point by helicopter to see the King Penguin colony is reasonably priced I believe, the sightseeing flight option for 20 odd minutes provides some fantastic aerial photography options, and with no middle seat, you are guaranteed a window view!

The beaches on The Falkland Islands are something else. With more likelihood of seeing a penguin leaving the water than a human, they make for some of the most epic photography imaginable.

Some of the beaches run for miles and walking along them the reality that yours might be the first footsteps leaving a mark here in months is a special feeling. I spent so much of time here just sat on these sands, waiting for wildlife to appear or personally reflecting in the calm that I quickly saw the appeal of beach and island destinations that aren’t tropical, especially when they are as magnificent as this.

The Falkland Islands are still very much bestowed to Mother Nature, with the occasion tracks of a land rover or remote shepherds hut reminding you they are indeed inhabited.

The further out you go, the less obvious those signs of life become. While some islands are uninhabited, others the size of Malta may have a population of just two.

With some shops only open three hours a week, and other places doing school lessons by Skype, you get an idea of just how remote the Falkland Islands can be, but thanks to readiness and determination, the islanders don’t seem to want for anything.

It’s when you leave the roads, although roads here are mainly all-weather tracks, and started bouncing around over gorse and rivers off-road that you’ll first feel the essence of that remoteness. In West Falkland especially, on my day trip out from Port Howard, I got a real taste for it.

Stanley, A pocket-sized capital of cuteness

The capital of The Falkland Islands is Stanley, and unlike most tourists, I spent a whole week based here and got to know it fairly well – after all, it’s not exactly a huge city to discover.

That said, there is an impressive number of day trips you can take from Stanley and close by attractions that are even in walking distance, both wildlife and others.

I loved kayaking around shipwrecks with Falkland Outdoors, lazy coffee and cake afternoons locally known as ‘Smoko’, visited a few of the pubs here and enjoyed the local museum, which is very informative.

The red phone boxes and postboxes didn’t get my camera flashing too much being a Brit, but I can see how they are quite a popular Falkland Islands photography opportunity for visitors.

There were a lot more mountains and hills than I anticipated in the main East and West Falkland island, expecting the terrain to mainly be flat.

The mountains around Stanley were where the final stages of the 1982 war took place, and on a Battlefield tour with the very knowledgeable Tony Smith, I ventured to a couple of the main spots and was amazed to discover how untouched they have been left nearly 40 years later.

The remains of weaponry and metals I expected, but with clothing and supplies still sitting in muddy bunkers, it perhaps wasn’t the most joyous place to photography, but an important part of the island’s history to highlight.

I hope this little photo album of such a remote archipelago shines a light on just how diverse and captivating the landscapes, wildlife and lifestyle of The Falkland Islands is – – it certainly surprised me no end!

If your interest has been piqued about visiting this far-away land, then scroll down to check out my full diary from two weeks on the Falkland Islands.