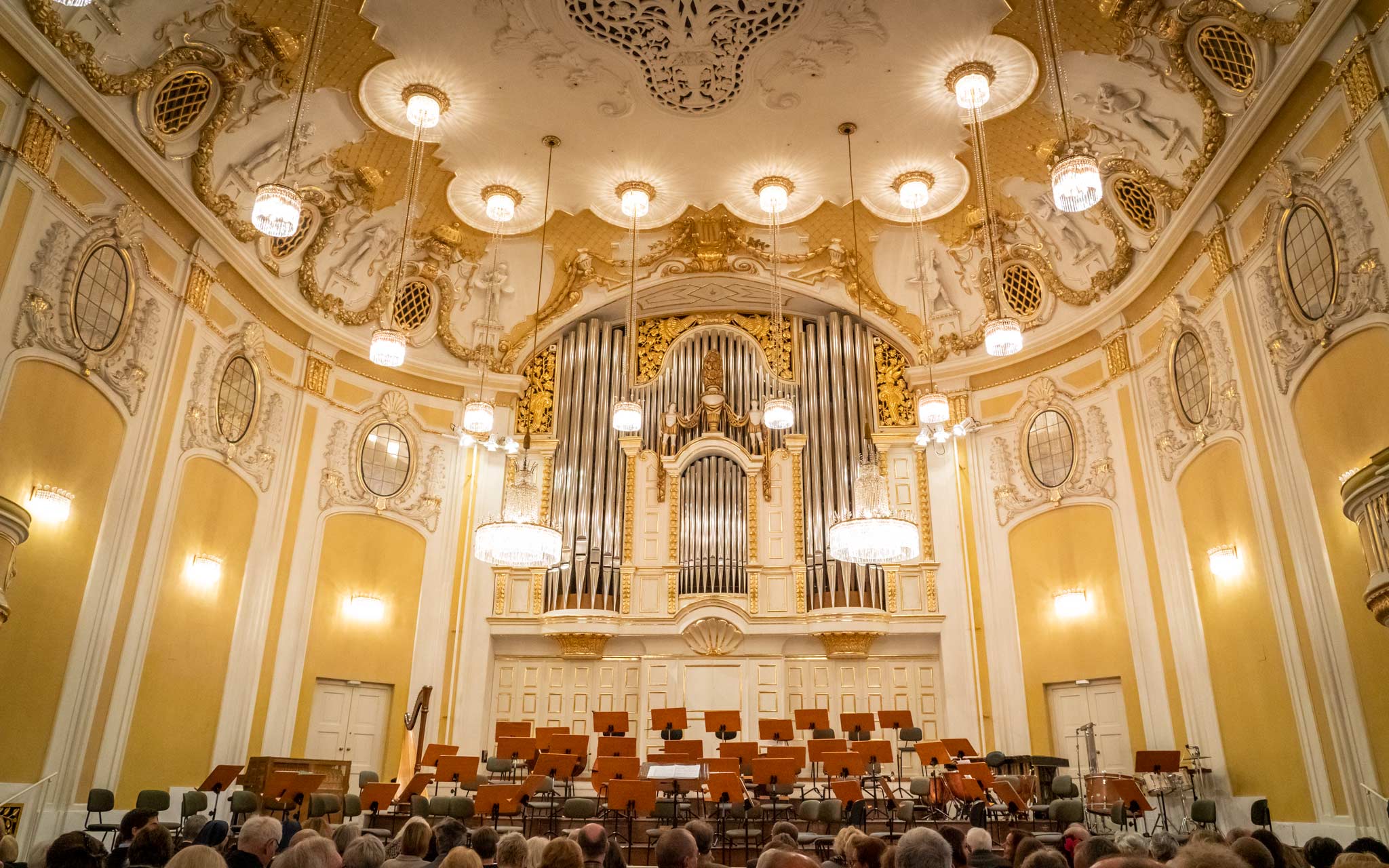 An eclectic mix of concerts, performances, and festivals pack out a year-round event calendar in this UNESCO listed old town and beyond, and with the 100th anniversary of the Summer Festival this year in 2020, it’s guaranteed that the encore will keep on coming.

But no matter what time of year you visit, you’ll find streets abuzz with violin players, churches packed out with soul singer lovers, and back halls of bars entertaining artists from around the globe. Salzburg is a city best savoured through its long love of the arts, and as the birthplace of Mozart, its musical ties can’t get any stronger.

So whether you opt to visit for the summer centenary, though you’ll need to be quick to book tickets to the nearly always sold-out shows or settle on an off-season music escapade when the crowds have thinned, and the prices are lower – there’s undoubtedly a Salzburg festival with the perfect ticket for you.

Enjoy a year-round calendar of musical events and festivals

While Salzburg boats thousands of concerts and events throughout the year, there are a few big hitters and main festival dates to know, and potentially plan your trip around.

This year, 2020, provides an even bigger celebration as this summer sees the 100th anniversary of the Salzburg Festival, one of the many reasons Salzburg was listed as the best city to visit in 2020 by Lonely Planet!

Every January, to celebrate the birthday of Mozart, the Mozarteum Foundation hosts Mozart Week in Salzburg, towards the end of the month, the first main festival of the year.

A series of concerts has celebrated the composer since the first Mozart Week in 1956. With a programme of around 60 artists, ranging from orchestral and chamber music, through to talks and films, for lovers of Classical music, this is an ideal time of year to visit the city, as the crowds will be thin and costs lower.

Each April since 1967, the Easter Festival has been providing concerts across Salzburg, as part of the greater year-round cultural calendar. Focused on opera and classical music, the festival lasts just over a week, with each year having a different theme or focus, both focussing on traditional performances, but often also included commissioned work with its first public performances.

While for us outsiders it’s easy to confuse the many concerts and events throughout the summer months as part of the much larger and famous Salzburg Summer Festival, there are still many festivals in their own right occurring, including the Whitsun Festival.

Since 1973 the Whitsun Concerts have been performed, growing in scale over the years. The programme concerts of both local and international orchestral performances, with the main production, also featured in the main Summer Festival.

For two weeks in June, the Sommerszene Festival presents a programme of both established artists and newcomers, both from Salzburg and Austria, but also the world. Dance and Theatre make the Sommerszene festival unique to the more often classical and music-based performances at many of the annual events.

Performing Arts are explored in various different forms throughout the programme, in a more contemporary way, including installations and films. The festival spills out into public spaces, as the local artists create bespoke works throughout Salzburg.

On to the big one, made even more special due to the centenary celebrations in 2020! Established in 1920, it brings the whole city to life, with an extended programme of concerts and events.

The Salzburg Festival is the main event, running in the peak summer months of July and August. Given Salzburg’s history and passion for arts and music, and the famous musicians that hail from the city, it’s no surprise that Salzburg and the Salzburg Festival have established themselves as one of the leading classical festivals in the world. So much so, tickets sell out months in advance so you’ll need to plan accordingly.

The festival is a rich offering of the arts, including Drama, Opera and Concerts in various forms. From Mozart to international composers, classics to more modern performances, and chamber concerts in incredible venues to solo recitals in more modest settings.

Over the festival some 300,000 people will attend over 200 different performances across Salzburgs grandest venues, with the Festival Hall being the main venue, beautiful any time of year. From Abbeys, churches and cathedrals to the Mozart Hall, the programme stretches across the whole city.

I was lucky enough to time my last visit to Salzburg with the Jazz and the City festival, which takes place in various venues across Salzburg, even spilling out onto the streets.

From magical performances of soulful vocals in the impressive Church’s of the city to packed out Jazz performances in the back rooms of bars from international artists, everywhere we went in the city there seemed to be part of this festival alive. Whether we were sipping on a local Steigl beer, or just walking down the street and meeting pop-up events and performers, this to me is a perfect time to visit Salzburg as the crowds aren’t too much to contend with, and the Jazz festival offers a programme to suit all tastes.

Running for less than a week, you’ll need to plan your dates accordingly, but amazingly, most of the performances and events are free to enjoy during this time in Salzburg.

Salzburg is the birthplace of the famous Christmas carol, Silent Night, so it’s no surprise amongst the Christmas Markets and the charm of this stunning UNESCO old-town, Advent is a celebration unto its own.

Folk music has been ringing out at this event for over 70-years, sharing the love of Christmas as music across the streets. Parades and performances can be enjoyed in the lead up to Christmas, both as part of Advent and the Winter Festival.

Breaking away from the traditional markets and carol singing for Christmas, the Winterfest brings something a little different to the Salzburg year-round calendar of events.

This festival of contemporary circus runs for around six weeks, with a whole host of events, workshops, and concerts to enjoy, with both local and international circus troupes sharing their magic throughout the exciting festive months.

Must-visit venues and musical history in the city of music

But hold up, even if you don’t find yourself in this romantic city during one of the famed festivals or events, there will surely be a concert for you to enjoy.

There are also plenty of cultural and classical attractions, spaces and locations to visit and tour so that you can soak up the sounds of Salzburg as a visitor to the city.

Großer Saal of the Mozart Foundation

The Mirabell Gardens are a grand central feature of Salzburg, and unsurprisingly a typical postcard image of the city, but if you have time during your long weekend in Salzburg, try and see a concert at the Großer Saal of the Mozart Foundation next door. This beautiful theatre shows professional and amateur performances, which can suit different budgets, although the ‘amateurs’ I saw were outstanding.

If you can see a concert at the Festival Houses then do so, it’s one of the most impressive and unique venues I’ve been too, especially the main hall which backs onto the mountain walls and has balconies for the cast carved out of the rock. If you can’t see a show, then a tour can take you through this Salzburg institution and is free if you have the Salzburg Card.

On a side note, the Salzburg Card actually works out good value if you plan on seeing a few things, you will get your moneys worth, unlike some other tourism cards.

I’ll admit, it’s been many years since I’ve seen the movie and can’t remember much of it, but being home of the film, there are various points you can visit quite easily. Whether it’s the gardens in the city centre, the palace on the way out to Hellbrunn, or other popular spots – in fact, there are dedicated tours you can join! If you want to just take a wander and visit the spots though, you’ll find a full list of city shooting locations here.

The birthplace of Mozart proudly stands in the centre of one of the most famous old town streets, painted yellow and a popular photography spot, while tours can take you through some of the rooms inside.

Once the last note has been sung and the final string played, and the conductor has taken his bow, be sure to explore more of what Salzburg has to offer beyond its music genius, and check out my long weekend in Salzburg guide for some inspiration.